The Steven M. Gootter Investigator Awards at the University of Arizona Sarver Heart Center are designed to foster greater understanding of the causes and prevention of sudden cardiac death. 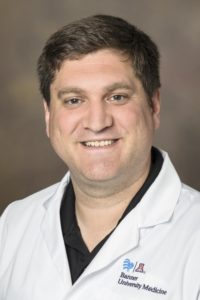 The Foundation has awarded Michael Grandner, PhD with a $25,000 investigator award to evaluate the role of insufficient sleep as a risk factor for sudden cardiac death (SCD). Dr. Grandner is a clinical psychologist and Director of the Sleep and Health Research Program at the UA College of Medicine and Assistant Professor of Psychiatry, Psychology, Medicine, and Nutritional Sciences, and is a member of the Sarver Heart Center. The study will examine the relationship between sleep duration and risk factors for SCD in a large, nationally representative data set of greater than 800,000 US adults. This will represent one of the largest studies of sleep duration relative to cardiovascular risk factors to date. The study will also focus on sleep and circadian factors relative to SCD risk in elite athletes. Dr. Mark Goldberg, a cardiologist based at Tucson Medical Center and the consulting cardiologist for UA Athletics will be a Co-Investigator on the study. 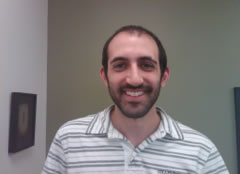 Dr. Christopher Pappas, a Postdoctoral Research Associate in the Department of Cellular and Molecular
Medicine at the University of Arizona Sarver Heart Center, will study a structural defect that has been discovered in hearts of mice as well as in biopsies of human patients that have dilated cardiomyopathy (DCM) which is the cause of 1/3 cases of human congestive heart failure. The goal of the study is to understand the consequences of this defect on cardiac function and how it might contribute to the pathology of DCM. It is the hope that molecular tools, recently developed in the U of A lab, can be used to prevent the mice from developing or attenuate the progression of DCM. 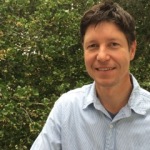 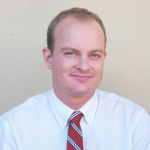 Dr. Curt Scharfe, Senior Scientist at the Stanford Genome Technology Center and Dr. Kitch Wilson, an MD with a PhD in Bio-engineering, are developing a genetic test for the early detection of heart defects on individuals with no symptoms using cost-effective tests for Sudden Cardiac Death (SCD) gene mutations. The goal is early intervention for patients before the disease strikes, and establishing the assay as a critical tool in the cardiologist’s toolbox for identifying patients at risk for SCD. “After validation of the SCD gene test, it will be made available to physicians around the globe,” said Dr. Joe Wu, Director of the Stanford Cardiovascular Institute. 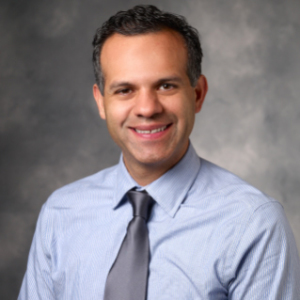 Dr. Marco Perez, Director of the Stanford Inherited Cardiac Arrhythmia Clinic, is working on improving the diagnostic accuracy for hypertrophic cardiomyopathy (HCM) and standardizing preventative measures for athletes. He will compare electrocardiogram (ECG) readings of HCM patients against those from student athletes to identify the ECG criteria that best distinguish normal athletes from athletes at risk for HCM and sudden death. ECGs from both groups will be analyzed to develop criteria to maximize diagnostic accuracy and minimize false positives.

The Gootter Foundation granted an Investigator Award to Meredith Hay, PhD. Hay is a Professor at the UA College of Medicine, Department of Physiology; and is the Evelyn F. McKnight Brain Institute Professor, UA College of Science, Department of Psychology. Hay is studying Angiotensin (-7) Treatment to Improve Cognitive Functioning in Heart Failure Patients. The hope is that the results from this study will provide preliminary data for a large, multi-million dollar NIH grant to study the effects of this drug in reducing cognitive impairment in patients with heart failure

Investigating a Newly Discovered Contractile Protein, CAP2, in the Heart 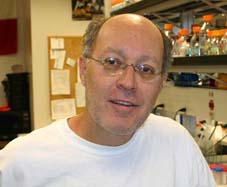 Paul Krieg Ph.D, Professor, Department of Cellular and Molecular Medicine at the University of Arizona College of Medicine, Tucson. Dr. Krieg is the Allan C. Hudson and Helen Lovaas Endowed Professor of the Sarver Heart Center.

A remarkable amount remains to be learned about the basic structure and function of heart muscle. Improved knowledge of structure and function is fundamental to understanding the precise causes and ultimately the development of treatments for damaged heart tissue. In the present study we will investigate the precise location and function of a newly discovered contractile protein, Cap2, in the heart. At present we know that absence of the protein leads to cardiac hypertrophy, a major cause of sudden cardiac death. 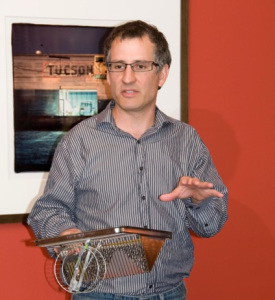 John Konhilas, Ph.D., Assistant Professor in Physiology at the UA Sarver Heart Center, was granted the Gootter Investigator Award in 2009 and 2010. While exercise is good for cardiovascular health, it is commonly believed that even mild exercise is not advised for those who suffer from Hypertrophic Cardiomyopathy (thickening of the heart muscle). This research is aimed at proving just the opposite – that mild exercise is good for those with Hypertrophic Cardiomyopathy (HCM). Dr. Konhilas’s research studies an enzyme (AMP-Kinase) that is a key in regulating cellular energy. The goal of the project is to determine the cellular mechanisms of HCM (one of the primary triggers of SCD in young athletes) and identify novel therapeutics for patients with HCM.

The combination of these two awards has led to two NIH grants worth $2.5 million and an American Heart Association post-doctoral fellowship award worth $100,000. In addition, three manuscripts have been submitted and one is in preparation based on work completed as part of these awards. 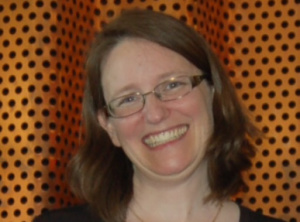 Taben Mary Hale, Ph.D., Assistant Professor, Department of Basic Medical Sciences at the University of Arizona College of Medicine, Phoenix, was also one of the 2010 Investigator Award recipients for her research in early inflammatory mediators of fibrosis in hypertensive heart disease.

The risk of major heart diseases, such as sudden cardiac death, is increased by fibrosis (i.e. accumulation of collagen) in the heart wall. In the present study Dr. Hale is comparing rats that develop fibrosis to rats that are resistant to this pathologic process to identify inflammatory mediators responsible for fibrotic remodeling. Determining mechanisms of disease progression is a critical first step in identifying novel targets for treatment of heart diseases. 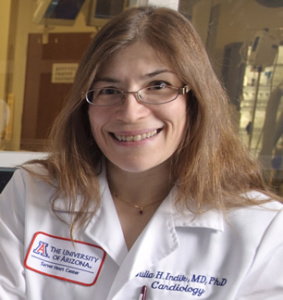 Though there is still some mystery behind the causes of sudden cardiac death, there are several therapies and interventions that can save the life of someone who is in ventricular fibrillation. This occurs when the large chamber of the heart is out of rhythm and is no longer pumping or squeezing blood out of the heart, but it is quivering because the electrical impulses telling the heart to beat normally have been interrupted. Julia Indik, MD, PhD, the inaugural recipient of the Steven M. Gootter Investigator Award, remains focused on improving the devices that are used to shock the heart out of fibrillation and back into a normal rhythm.

Professor of Psychiatry, Psychology and Neuroscience at the University of Arizona.

Richard D. Lane MD, PhD, was the recipient of the 2006-2007 Award. His work involves investigating the neurophysiologic trigger of myocardial electrical instability (heart-rhythm disturbance) in the context of emotional stress and coronary artery disease. This year Dr. Vince Sorrell (see below) and Dr. Lane are working together to further both research projects.

Dr. Lane continues to work collaboratively with Dr. Frank Marcus, a Sarver Heart Center member and founder of the section of cardiology at University Medical Center. Dr. Marcus is largely responsible for bringing electrophysiology to the University of Arizona College of Medicine.

Sarver Heart Center member, Professor of Clinical Medicine and Radiology at the College of Medicine, and the Allan C. Hudson and Helen Lovaas Endowed Chair of Cardiovascular Imaging. 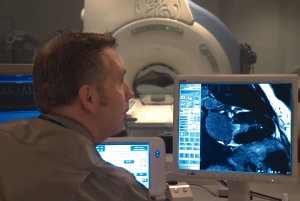 Dr. Sorrell is a two-time recipient of the Gootter Investigator Award. His research investigates the prediction of sudden cardiac death by using cardiac magnetic resonance imaging (MRI) and he is developing a prospective registry of patients receiving implantable cardiac defibrillators (ICDs). Since first receiving the award, Dr. Sorrell and his team continue to enroll patients in the study. Their work has spawned several other national research projects and inspired a multimillion dollar study by Medtronic.

Research associate in the laboratory of Carol Gregorio, Ph.D., who leads the Molecular Cardiovascular Research Program.

Anke Zieseniss, PhD, received her award in 2007-2008. Dr. Zieseniss worked as a research associate in the laboratory of Dr. Carol Gregorio in the department of Cell Biology and Anatomy at the College of Medicine. Dr. Gregorio, co-director of the UA Sarver Heart Center, leads the Molecular Cardiovascular Research Program. Dr. Zieseniss’s study focused on the role of the protein actin in heart failure. Actin is an indispensable structural element of cells and the major component of muscles – including the heart muscle. Changes in actin, caused by genetic mutations identified in humans, are a frequent cause of sudden cardiac death. Studying these actin mutations may explain how genetic defects in this protein affect muscle-force generation and muscle contraction and, as a result, lead to sudden death. Of special note, as a result of the Gootter Investigator Award, Dr. Zieseniss was able to secure a national American Heart Association grant.

Deciphering the Role of a Specific Mutation in the Cardiac Muscle

In 2008, Dr. Carol Gregorio, PhD was granted the Gootter Investigator Award to continue research on actin and its relationship to Sudden Cardiac Death.

2011 Update: During this time and continuing to the present, this work has provided the groundwork to identifying the mechanisms that are responsible for regulating the perfect architecture of actin filaments in normal developing heart muscle. As a result, this research now allows the group to identify how mutations in actin lead to sudden cardiac death. Understanding “how” is critical to detection, and treatment.

Member of the Sarver Heart Center and the BIO5 Institute at the University of Arizona. 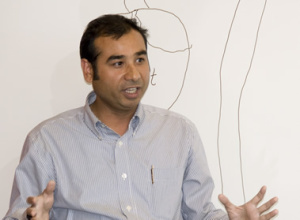 In 2008, Mohamad Azhar, PhD, received the Steven M. Gootter Investigator Award. His project is focused on a certain segment of the population that is at unusually high risk of aortic ruptures – leading them to sudden cardiac death. The disease that Dr. Azhar is working to understand is called Loyes-Dietz Syndrome. Those patients who suffer from the disease have a specific genetic mutation that leads to the development of aortic aneurysms. Through his project, Dr. Azhar hopes to develop new and advanced technologies for tissue assessment (using mice as a model). Currently there are no labs on the UA Campus that have the expertise to carry out the biomechanical and microstructural testing and non-invasive imaging of aortic, valvular and heart tissue of the mouse. Through his award, Dr. Azhar and his team will begin building this program – leading to scientific breakthroughs at the molecular level.

2011 Update: As a result of the initial Gootter Foundation grant that seeded Dr. Azhar’s research project, he has been able to receive substantial funding from the NIH and the AHA. 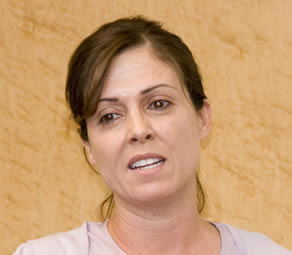 In 2009, Rayna Gonzales, PhD, was granted the Gootter Investigator Award. Her research is focused on the regulation of vascular inflammation by androgens (a steroid found in humans) in coronary vascular smooth muscle. Inflammation of the blood vessel wall contributes to the formation and progression of cardiovascular disease. If left untreated, one consequence could be sudden cardiac death. Previously, the role of androgen and protective and non-protective effects in cardiovascular disease have been reported. However there have been few studies of the effects this steroid has when there is inflammation in the vessel walls and what effect this has on the cardiovascular system. If we can understand the interaction between androgens and the intracellular mechanisms involved in the regulation of inflammation on the blood vessel wall, then therapeutic agents can be developed to treat, manage or even prevent detrimental cardiac events that can lead to life threatening situations such as sudden cardiac arrest.